One of Neu West Berlin’s pieces of the Berlin Wall was gifted to the City of Reykjavik, Iceland. 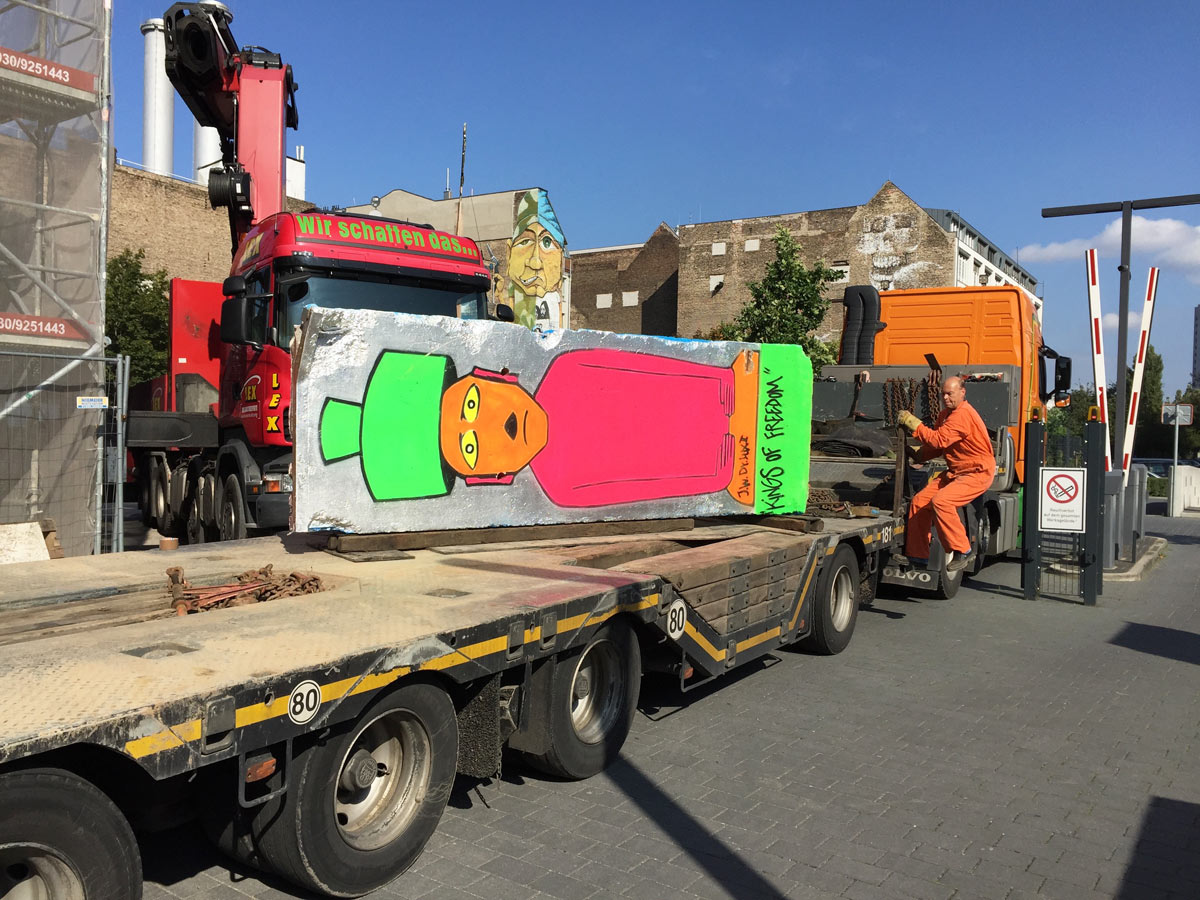 The piece was received by Reykjavík Mayor Dagur B. Eggertsson at the Höfði House on Saturday, October 3, 2015 to mark the 25th anniversary of the reunification of Germany. Attendees included the German Ambassador Herbert Beck, the American Ambassador Robert Cushman Barber, the Russian Ambassador Anton Vsevolodovich Vasiliev and Cultural State Secretary of Berlin, Tim Renner.

In 1986, the historical Reykjavik Summit took place in Reykjavik at the Höfði House. The summit was the first meeting between President’s Mikhail Gorbatschow and Ronald Reagan and marks the beginning of the de-militarization process between the superpowers of the USSR and USA.

Neu West Berlin is proud to have a permanent monument now at this historical sight in Reykjavik, Iceland.

After the official part of the ceremony, we also brought some art and music from Berlin as part of an ongoing cultural exchange between the two cities. We organized a “Berlin night” art exhibition and an after show party at the legendary Kaffibarinn club in Reykjavik, including a sophisticated line up, including DJ Daso, a well-known house DJ, alongside live musical acts and well-known Berlin producers, including DJ Moonlight Driver.

Our friend and former studio resident Sam Slater performed his new album at one of the greatest locations for experimental music at Mengi in Reykjavik. Slater travelled from Berlin to ex-Yugoslavia to Burma, all ex-conflict zones, in 2014, where he collected sounds for his album “Languish Barriers,” which was released in October 2015. This show at Mengi was Dope! Hopefully will be back in Reykjavik soon!