Remote Conflicts – Interchangeable Scenes. Works of Dionis Escorsa
within the series of film-exhibitions and cinema-events “What Is Cinema?” curated by Arto Ushan.

Nearly two decades after their end, the Balkan wars have slowly dissolved into the river of collective historical memory and the many images of those events have been gradually filed away and settled in a form of fragmented, partial, partisan interpretations. The real events will forever remain blurred by the unreal veil of a nightmare that we are still waking up from, but are already starting to forget.
Meanwhile, other wars took over with their processions of terrorism, refugee crisis and social exclusions. The current global hyper-connectivity allows us to build up an instant imaginary model of those conflicts. Yet, inside the media noise, the visual testimonies lose very quickly their ability to establish references and turn out to be immediately replaceable by other similar ones.
This is a selection of films that emphasize how political conflicts affect the daily life of fragile individuals who have nothing to do with their remote origins. Being aware that the distance of the conflict sets the distance of its representation, the films don’t try to explain those catastrophes. They accept their interchangeable condition and – with a certain sadness – their constriction to only describing consequences. 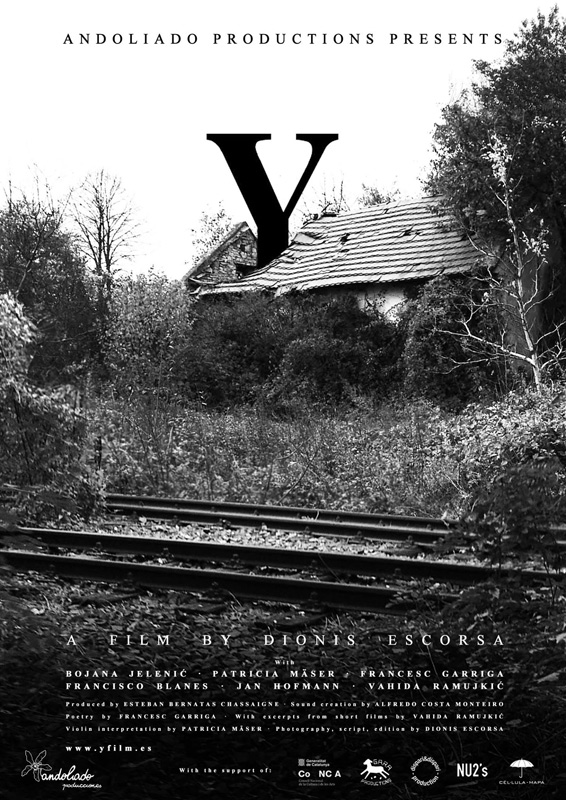 Works
“Y”, 2012, 88 min
A few years after the Balkan conflict, the inhabitants of a village return to their destroyed houses and meet each other again. The dreams they have during those days revive the old wounds.

“Silent Dog”, 2015, 10 min
A beggar finds a pot of white colour in a trash bin and paints his carton box, placed beside a contemporary art museum.

“Conscience Fiction”, 2014, 15 min
Affected by the virtual alienation, the inhabitants of a house don’t seem to realize the approach of thousands of refugees.

“E-rails”, 2007, 3 min
A couple holds a long-distance conversation about an abandoned baby.

“Room Service for Bombed Buildings”, 2004, 17 min
Wishing to put a bit of order into the chaos, a team of cleaning ladies enters the ruins of the Serbian Ministry of Defense, bombed some time before by the NATO forces.

“Shooting Streetlights”, 2003, 23 min
A man who got hit by a lost bullet while driving his car, raves in a hospital.

“You’d Be Nothing Without Me”, 2003, 10 min
A couple of artists with different social statuses tries to take the drama out of the discussion about dependence, exclusion and gender issues, to no avail.